only made in the uk 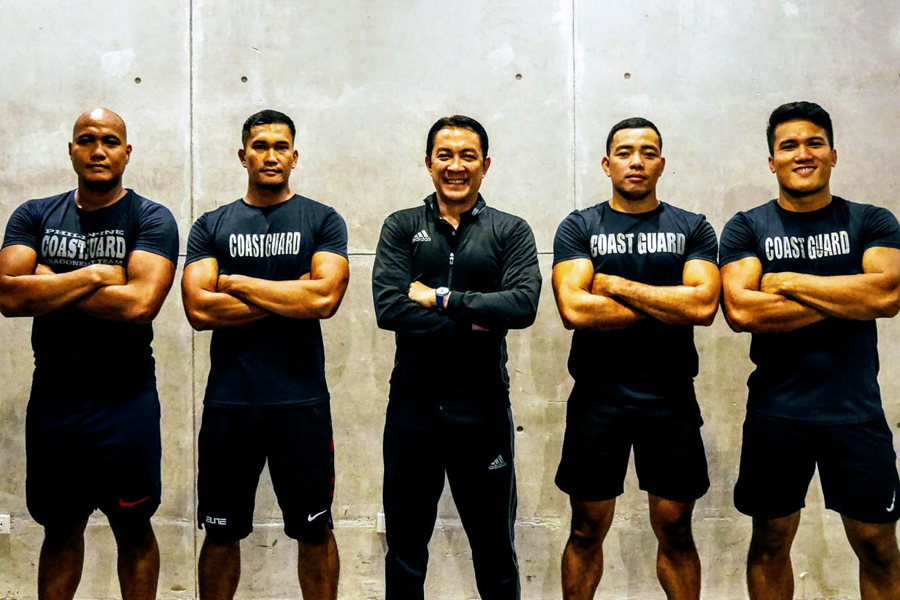 Jacob White is happy to announce that it has become a proud sponsor of the Philippine Bobsled Team in its bid for success in Canada in the Alberta Cup Championship on 17th November. Their third season in Calgary, the team hopes to best their March result, when they were delighted to win and take home the Bronze medal.

The team will also undergo intense training in Calgary and Whistler B.C. and will be working with some of the best push and driving coaches in the world as they look ahead to the Winter Olympics in Beijing in 2022.

The team, who are all active-duty Coast Guardsmen, will be sporting the Jacob White logo and we’ll all be rooting for them. They’ve undergone intense, holistic training over the past several months to build the explosive power they’ll need for the crucial push start to give enough speed on the ice canal.

Holistic training for mind and body important to the team

Team training isn’t just about building physical strength. We were pleased to learn that an important part of the Philippine Bobsled Team’s training involves using lesser-known programs and techniques, such as Iyengar Yoga for example, which has been helping to build another dimension of neuromuscular strength and control. 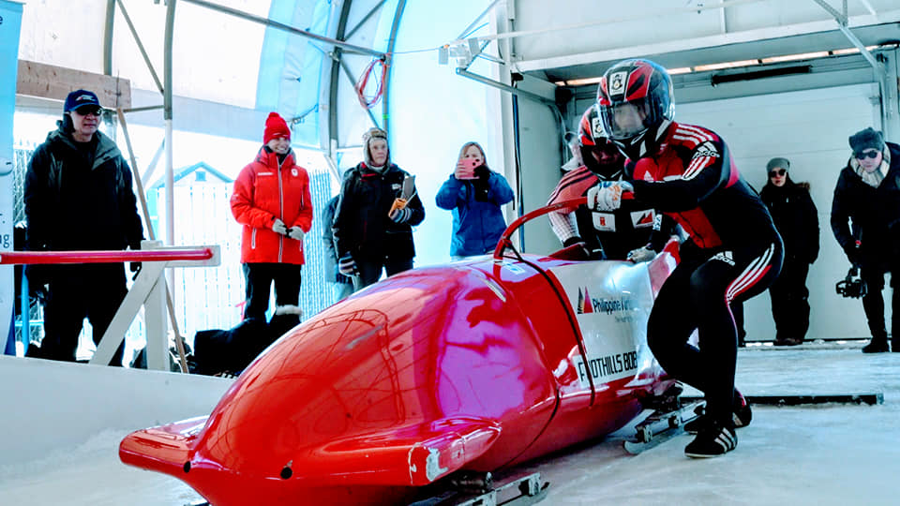 The team has also prepared with physical and mental training at the country’s newest and most advanced training centre, UNLTD. Using a system called Neuroptimal Neurofeedback can encourage better focus, and can, according to one of the team members, improve sleep and sleeping patterns, speeding recovery from intense training and competition.

According to the team’s manager, it hasn’t been easy for the Philippine Bobsled Team as they’ve battled logistical and financial challenges throughout. The support of their manager and coach, other trainers, employers, family and friends has helped them stay on track with a gruelling regime and through generous sponsorship, the team has been able to fund some of the best training opportunities in the Philippines.

Jacob White is excited to be a part of its own ‘Cool Runnings’ and hope you’ll be cheering them along with us. Follow the Philippine Bobsled Team on Facebook and see how they’re getting on in Canada. Look out for the Jacob White logo on the team jackets and on the bobsled!

Jacob White has been in the business of packaging machines for over 100 years and enjoys a global industry reputation as one of the most versatile manufacturers of cartoning equipment. Our installations are in 62 countries around the world on over 5000 sites.

As a global company, we were delighted to join the sponsors for the Philippines Bobsled team and are proud to demonstrate our support.

Packaging Industry Trends to Watch in 2023

Packaging Industry Trends to Watch in 2023

From sustainability to packaging design to automation, 2023 is set to hold some promising trends for the packaging industry. In addition, wi...

As we step into a new year – our 115th - we wanted to reflect on a busy 2022 for us and for the wider packaging industry. With acceler...

Jacob White is delighted to be exhibiting at Gulfood Manufacturing at the Dubai World Trade Centre this year. This pivotal food and beverage...

Thank you for your interest in Jacob White Packaging, we will fully support your enquiry and will offer assistance in products, carton design and factory layout. With over 6,000 installations worldwide and experience in packaging most products, we would invite you to contact us with no obligation.